One of the main reasons people visit natural areas such as national parks is to have close encounters with free-living animals. In many such places, humans have developed a bad habit of using food scraps to either draw particular animals closer, or to create places where easy access to appealing foods ensures a reliable stream of animal visitors. Sometimes--as in the case of unattended trash bins in parking lots and behind hotels--there is no intention to feed the animals, but it happens anyway. Regardless of the exact circumstances, this sharing of food can be detrimental both to individual organisms and entire ecosystems; as a result, parks often devote a great deal of time and money to management practices designed to minimize wildlife access to anthropogenic food items.

Whether or not these management schemes work is another question--one at the heart of a recent research project conducted by an international team of scientists working in California's Yosemite National Park. The researchers used both museum specimens and samples collected from living animals to explore changes in the diets of American black bears (Ursus americanus) in Yosemite between 1890 and 2007. This 117-year period encompasses four major anthropogenic disturbance regimes during which bears had access to varying levels of artificially introduced fish and food scraps; during these regimes, there were also differences in the degree to which bears were either encouraged to eat, or actively prevented from eating, these food items. 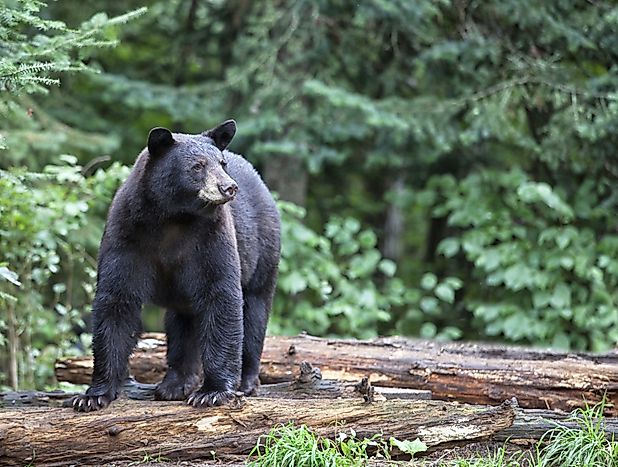 Because the researchers had no way of observing all the feeding behaviors of every bear included in the study (especially those that lived in the 19th century) they relied on stable isotope analysis to provide information on which types of foods comprised the bears' diets. Stable isotopes are versions of atoms--in this case carbon and nitrogen--that have extra neutrons but do not undergo radioactive decay. Relationships between "normal" and "heavy" isotopes (12C vs. 13C, 14N vs. 15N) vary among different food sources in different regions, and therefore can be used as a sort of food fingerprint. This information can be extracted from a variety of animal products, including fecal samples, blood plasma, and--as in the current study--bone and hair.

Unsurprisingly, the scientists found that the isotopic composition of Yosemite bear tissues has changed over time, and that this pattern is associated with variations in the consumption of anthropogenic foods. Between the first and second focal periods (1890-1922 and 1923-1971), for example, they saw an increase in 15N associated with the availability of non-native fish in Yosemite-based hatcheries; closure of the last hatchery in 1956 resulted in a subsequent decrease of 15N. Carbon isotopes, on the other hand, were fairly stable early on, but rose significantly during the second and third (1972-1998) study periods. This is predominantly associated with the closure of bear-feeding platforms. Bears that had developed a taste for anthropogenic foods went searching for them at their source, in concession areas and campgrounds. This habit not only increased consumption of 13C, but also led to a variety of human-bear conflicts that sometimes resulting in the killing of "problem" animals.

At the beginning of the fourth focal period (1999-2007), the U.S. government initiated an annual funding scheme designed to improve human-bear relations. Bear-proof trash and storage receptacles were installed throughout Yosemite, outreach programs were designed to teach visitors about the hazards of feeding bears, and particularly aggressive bears have been hazed, relocated, and even occasionally killed. The isotope analysis suggests that these efforts have been effective: Both 15N and 13C levels decreased between the third and fourth period, and are fairly similar to the (more or less) pre-anthropogenic-disturbance values measured at the very beginning of the first focal period. 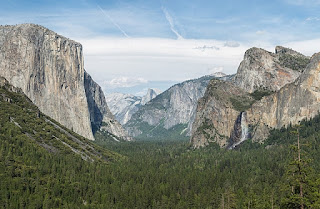 Indeed, plants and animals--black bears' natural food sources--currently make up the majority (64-92%) of most Yosemite bears' diets. However, a few sneaky individuals are still finding ways to dine out on anthropogenic foods, as evidenced by the fact that 8-36% of some animals' meals are coming from human sources.

Preventing these indulgences (not to mention the cravings that drive them) would be beneficial to humans and bears alike. Particularly aggressive bears do occasionally hurt humans and their belongings: Over the past 20 years, there have been 12,000 reported conflicts, 50 injuries, and approximately $3.7 million in property damage. Bears, like other wildlife consuming anthropogenic foods, may also be susceptible to long-term health problems associated with high cholesterol and fat intake--though there is also evidence that high-calorie, high-protein anthropogenic foods increases reproductive success over the short term.

Yosemite has a long history of human-bear interactions, as shown by this archival photo. Image courtesy of the National Park Service, via UPI.

Perhaps even more worrying is our lack of knowledge about the potential ecosystem-level effects of bears' dietary fluctuations. Changes in feeding preferences can destabilize food webs and disrupt vital ecosystem processes such as seed dispersal and nutrient cycling. Although modern bears may be returning to "normal" eating practices, their behaviors over the past several decades may have had significant long-term impacts on Yosemite and the wildlife that dwell within it. The researchers urge further study, both here and in other anthropogenically impacted systems, to improve our understanding of whether, and how, human nutrients may shape even those landscapes that we often regard as being more or less "undisturbed" wilderness.
---
Hopkins III, J.B., Koch, P.L., Ferguson, J.M., and Kalinowski, S.T. 2014. The changing anthropogenic diets of American black bears over the past century in Yosemite National Park. Frontiers in Ecology and the Environment 12(2):107-114.
Posted by Caitlin Kight at 23:40