Indo-Pacific bottlenose dolphins (Tursiops aduncus) are known to have complex "fission-fusion" societies, in which individuals or groups of animals sometimes associate with each other, but, at other times, choose to splinter off and go their own ways. Although the reasons for different levels of dolphin sociality are not always clear, the implications are somewhat better understood; social interactions can impact the transfer of information and particular ways of doing things (i.e., "culture), affect disease transmission, alter reproductive success, and change gene flow. In other words, a population's social structure can have long-term effects on its health and stability.

Although researchers have previously suggested that anthropogenic activities might affect the social structure of exposed populations, there have been few studies on this topic--until recently, that is. A group of researchers from Australia and New Zealand were able to analyze both historical and newly-collected datasets to investigate whether anthropogenic fishing activities in Moreton Bay (southeast of Queensland, Australia) might alter the social behaviors of resident dolphins. Since the collection of the historical dataset, fishing efforts in the Bay have been reduced by nearly 50%. The researchers were interested in investigating whether this may have led to a restructuring of the dolphin population, which previously was split into 2 groups: "trawler dolphins," which sought food items tossed over the side of fishing boats, and "nontrawler dolphins," which foraged for natural sources of food.

To investigate the effects of trawling activities, the researchers performed social network analyses--a series of examinations of which dolphins hang out together, and how often those "splinter groups" interact with each other. The scientists relied on photographic data that allowed them to make individual identifications based on size, shape, and the location/pattern of markings on the animals' fins and flanks. Dolphins were categorized as being "associated" with any neighbors who were within 100 m and with whom they were sharing similar and/or coordinated behaviors; the more often animals were seen together, the stronger their relationships were considered to be.

Other social network properties were a bit more complex. "Reach," for instance, was a variable indicating the number of indirect connections made through an intermediate (e.g., if A is connected to B, and B is connected to C, then A would be indirectly connected to C). The "clustering coefficient" indicated how well one dolphin's associates knew each other--in other words, do they hang out even when the focal individual is somewhere else, or do they all only gather together when the focal individual is there to initiate the process? "Affinity" described how strongly an individual is associated to other individuals with particularly strong relationships. Finally, "geodesic distance" was used to measure how closely connected individuals of a particular social network are. For all of these variables, the scientists were looking for differences between the historical (1997-1999) and modern (2008-2010) datasets--or, in other words, the heavy and light fishing periods, respectively.

Previously, dolphins were found in groups of anywhere from 1-45, with trawler dolphins tending to form larger groups (up to 45 individuals) and non-trawler dolphins forming smaller ones (up to 20). Modern dolphins seemed to split the difference between these two maximum values: They were found in groups of 1-35 individuals. Further, associations between individuals are currently much stronger than they were during the heavy fishing period, as demonstrated by significantly higher values of strength, reach, clustering coefficient, and affinity. Geodesic distance, on the other hand, decreased markedly, indicating that not only were the dolphins associating with each other more strongly, but they were doing so within more compact social networks. 
Analysis of the historical dataset revealed almost no associations between trawler and nontrawler dolphins; modern social groups, however, contained mixtures of both type of animal (as determined by an analysis of individuals present in both the historical and modern datasets). Additionally, while the researchers did see 4 clusters of 2008-2010 individuals who tended to aggregate with each other more than with other dolphins, these groups were not nearly as distinct as the historical ones. Interestingly, most of the dolphins who were spotted in both the historical and modern studies utilized habitat where trawling no longer occurs; this suggests that they might actually prefer undisturbed spots, and simply took up trawler-associated foraging behavior because it happened to be useful at the time.

Cumulatively, the analysis revealed that Moreton Bay dolphin social structure has changed significantly over time, and suggests that the reason for this is the marked decrease in fishing activity; where once there were two disparate feeding communities, there is now only one. To understand the mechanism for this, it is useful to think about the trade-offs associated with group living. Potential benefits include predator defense and the ability to cooperate in locating and obtaining food resources; on the other hand, potential costs include competition for resources such as mates and food. The usefulness of sociality will primarily be dependent on variations in the environment--in this case, the presence and activity of fishing boats. When the boats were around, trawler dolphins had a steady, obvious source of food. Once the boats had disappeared, however, it became more difficult for these animals to locate their prey--which only occur in irregular patches throughout the habitat--and so they joined forces with the nontrawlers to locate food more quickly. The nontrawlers could afford to let this happen because, presumably, a lack of fishermen led to an increase in food supply. 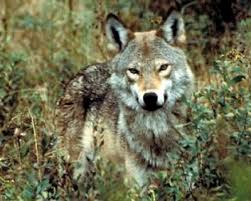 
While this study appears to be the first of its kind in an aquatic habitat, similar research has been performed on land in Eastern Canadian wolves (Canis lycaon). In that case, scientists found that the presence or absence of wolf culling practices altered the social structure of wolf packs. Although it is not yet clear whether one type of social structure is "better" than another--and whether this has any conservation and management implications--the authors of the dolphin study suggest that the more closely linked modern grouping might facilitate social learning and information sharing. This, in turn, could allow human-adapted individuals to teach other dolphins behaviors that allow them to cope with the presence of people--a pleasant prospect not only for dolphin students, but also for any humans who would like to continue seeing dolphins in the Moreton Bay area.