The past and future of urban wildlife research

As you might expect given the content of this blog, there is currently quite a bit of interest in the topic of urban wildlife research. This discipline emerged in the 1970s and has been steadily growing in size and popularity since then--a reflection of humans' increasing use of urban spaces, and our growing understanding of how these habitats can provide space for species other than Homo sapiens. Research on urban wildlife seeks to answer a variety of questions, but, generally speaking, is aimed at understanding the contributions of urban ecosystems, documenting human-wildlife conflicts in urban areas, and solving ecological problems that are inherent to urban ecosystems (such as fragmentation, homogenization of species assemblages, and invasion by exotic species, to name but a few). 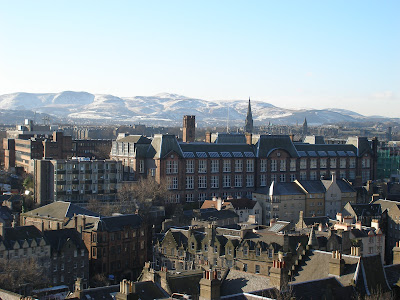 In the latest edition of Biological Conservation, a group of urban ecologists has sought to make recommendations about the future of urban wildlife research by looking to the past. Specifically, the authors performed a literature review aimed at illuminating long-term trends in the discipline--including the most commonly studied species, the locations where research is most often performed, and the research questions most commonly examined. They hoped that their findings would "[reveal] potential gaps in current work, [illustrate] areas of strength and weakness, and [provide] guidance for future urban wildlife research efforts."

Rather than attempt to examine every single academic journal available (a Herculean task), the authors selected up to 3 of the top-ranked journals in each of the following fields: wildlife biology, landscape ecology, animal behavior, ecology, and conservation; they also included two multidisciplinary journals (Science and Nature). Journals were only included in the final analysis if they had published at least 50 urban wildlife research articles in the year 2000 (the mid-point of the most active period for this discipline), and if they had been in print since at least 1990. 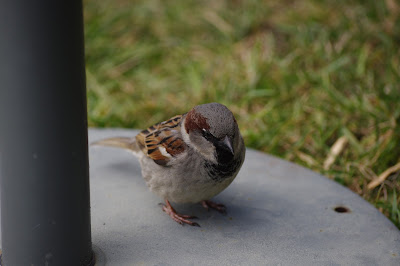 (The house sparrow, one of many species that can regularly be encountered in urban areas.)

The authors then searched each journal for use of the term "urban" (or any variation thereof) between 1971 and 2010, then examined all papers containing this word with a fine-toothed comb. The following data were collected for each manuscript: type of taxa studied, continent on which the research was performed, primary research topic (animal behavior, population ecology, community ecology, landscape ecology, conservation, human dimensions, human-wildlife conflict, wildlife management, or wildlife disease), type of research site where the study was conducted, and affiliation of first author (academic, government, non-governmental organization, or private industry).

Ultimately, 571 publications were included from 16 focal journals. Unsurprisingly, the authors found that urban wildlife literature is much more common now than when the field was first emerging; during the 1970's and 1980's, for example, there were only 14 relevant articles published in the focal journals, but this increased to a whopping 429 articles during 2000-2010. Overall, Wildlife Research published the highest proportion of urban wildlife papers and, in fact, wildlife biology journals in general tended to publish the highest percentage of urban wildlife research until the 1990's. More recently, however, urban studies are more commonly found in landscape ecology journals--a pattern resulting, unsurprisingly, from an increase in studies on this topic. Despite the fact that animal behavior was one of the most frequently addressed topics (alongside conservation and landscape ecology), there have been consistently low rates of publication in journals that specialize in animal behavior work--potential because those journals tend to be more interested in theoretical than applied studies. 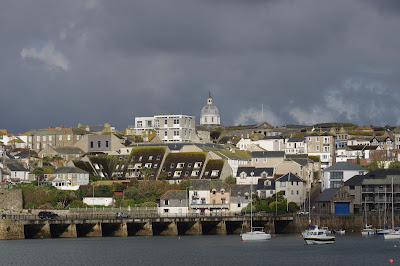 Birds and mammals have been the most commonly studied species since the discipline emerged, and the bulk of work on these animals has occurred in North America, followed by Europe and then Australia; very few studies have been performed in Asia, South America, and Africa. Most studies are performed within cities themselves, with only a small portion of research conducted in suburban and exurban areas. Nearly a third of urban studies included parallel work in "natural" habitats, allowing the original researchers to make comparisons between more and less human-modified sites. The most popular urban wildlife topics are animal behavior, conservation, and landscape ecology; common combos included animal behavior-and-conservation and landscape-ecology-and-conservation. Judging from the affiliations of first authors on each paper, the people responsible for this work are predominantly academics.

The authors of the current paper note that although urban wildlife research is on the rise, papers in this discipline are published at a relatively low rate; they account for <2% of articles in the journals examined here. The authors worry that this is not enough research, given the overwhelming proportion of people now living in urban areas. They suggest a variety of reasons why urban ecosystems have not been studied intensively, including "a traditional preference to focus on native species in relatively remote, pristine, undisturbed ecosystems...as well as logistical, political, and financial obstacles to urban research." 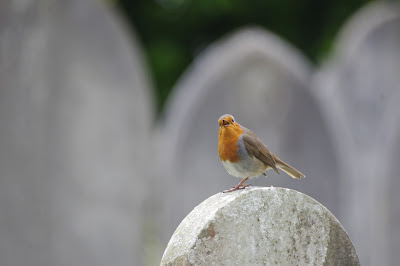 (European robins are another species that does well in urban and suburban environments.)

The researchers also feel that more urban studies should be performed by government scientists, since it is ultimately the government that will be responsible for drafting policies and carrying out management efforts relevant to urban wildlife. The lack of work in developing areas--Asia, South America, and Africa--is also alarming, given that these are not only recognized biodiversity hotspots, but also places characterized by human population expansion and steady increases in urbanization. Further, studies from around the globe are needed if researchers are to search for broad patterns characteristic of all urban areas, rather than just one particular city or country.

Although researchers in a number of fields have engaged in urban wildlife research, the authors noted that several topics have been neglected. These include genetics, disease (particularly important given recent outbreaks of zoonotic viruses), and human-wildlife conflict (including animal-vehicle collisions, landscape damage caused by wildlife, and pet predation). In the future, it will be important to conduct studies on these topics in order to understand the full extent of the effects of urbanization and the processes that occur within urban environments. Likewise, the authors recommend that researchers perform more work in suburban and exurban areas, which likely will become increasingly common (or larger) as existing cities grow.

Overall, the authors conclude that the discipline of urban wildlife research offers--and will continue to offer--an opportunity for researchers from many fields to explore relationships between humans and animals. The results of these studies, they write, will have "tremendous and increasing importance for our urbanizing planet."