Researchers have long struggled to design surveys that collect detailed and informative data without introducing bias through the use of loaded, confusing, or restrictive wording. A team of French researchers has come up with a novel solution to this problem: Toss out the surveys altogether, and replace them with a virtual computer program that allows respondents to express their thoughts and preferences in actions rather than in words.

This is the idea behind Virtual Garden, a program that allows users to select from 95 different features in order to create their ideal garden. The features fall within seven different categories: animals, flowers, lawn and cover, sport and playing, trees and bushes, water, and other. The program keeps track of each item that is added and adjusted, and calculates biodiversity as biotic features are introduced into the virtual habitat. Users are able to view the garden from multiple angles and even take a virtual stroll through the area in order to evaluate their progress and determine whether further manipulations need to be made to the environment.

Far from being merely a nerdy new version of The Sims, the program was designed to assess which features people most want to experience when they visit public gardens. Further, an analysis of the virtual habitats could help clarify the role that biodiversity has in driving humans' overwhelmingly positive responses to green spaces--particularly those located in otherwise urban areas. Finally, by collecting basic social, economic, and demographic information about each program user, the program's developers can also assess whether habitat preferences are influenced by age, education, income, and general interest in the natural environment.

The research team responsible for Virtual Garden trialled the program among 732 Parisian hospital patients. Each individual was given a 30-minute time limit for designing the garden, though the average length of time required was only 19.2 minutes. Gardens typically contained approximately 24 different features--9 "objects" (such as ponds), 5 animals, 8 flowers, and 5 woody species (trees or bushes). Overall, users included fewer biotic features than were expected by chance. Animals were particularly underrepresented, with nearly a third of gardens containing no animals at all, and almost another third containing fewer than 5 animal species. Larger animals--especially mammals and herptiles--were not very popular; the least preferred species overall were foxes and chimpanzees. Ladybugs, peacocks, and great tits, on the other hand, were the most preferred. The most popular species were generally those that are common in Parisian gardens, suggesting that patients tended to populate their virtual gardens with species that are most familiar to them. 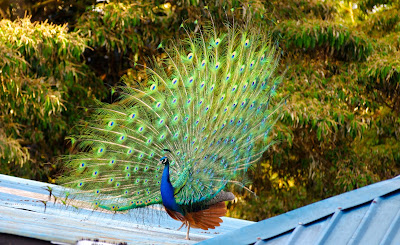 Several demographic and socioeconomic factors influenced garden design. For example, men included fewer animals and flowers than women; younger patients included more non-native species; and people who showed a greater interest in conservation and nature activities tended to create gardens with higher biodiveristy. Interestingly, plant richness was higher in gardens created by people who grew up in more rural areas, again suggesting that familiarity with species is an important driver of habitat preferences.

The Virtual Garden trial produced two main results. First, it suggests that computer programs may be a useful way to collect data from people without accidentally introducing bias into a study. Such programs are likely to be particularly useful in situations where researchers need to address or describe situations that are highly visual in nature--such as habitat structure, the aesthetics of which can greatly influence respondents' attitudes and opinions. Second, the patterns reported here get us one step closer to understanding city-dwellers' complex and often contradictory responses to green spaces. There is particularly strong evidence of an "extinction-of-experience" process, whereby people judge biodiversity and aesthetics according to what they have previously experienced, rather than what may be natural, healthy, and/or desirable in a given environment. 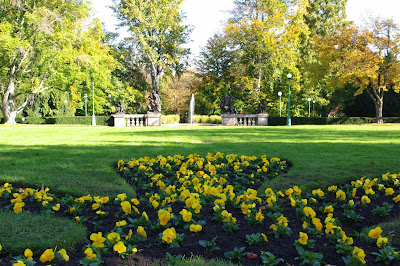 The creators of the Virtual Garden hope that conservationists and managers can use their program to collect and compare data from across a wide geographic range, and, therefore, to improve our "understanding of the role culture and living context...play in people's relations with biodiversity." This could not only help save threatened species, but also improve the well-being of people by increasing and improving human-nature interactions even in the most urban of environments.