A little disturbance could be a good thing

When you want to maximize biodiversity in a habitat, you should aim to minimize human disturbance there--right? That's certainly the concept at the heart of many conservation initiatives, and is a tenet espoused by the majority of wildlife preservationists. There is, however, a growing literature documenting the ways in which anthropogenic influences may currently give, or have previously have given, certain communities a biodiversity boost.

This has prompted a number of researchers to seek out systems where human disturbances have occurred in a repetitive way over thousands of years. In these places, wildlife would have had the chance not only to adapt to anthropogenic influences, but actually thrive under human disturbance regimes. Exactly this scenario is described by M. Kat Anderson in her 2005 book Tending the Wild, which focuses on the ways that Native Americans interacted with the California wilderness prior to the arrival of the Europeans. A similar discussion can be found in a new review paper by the University of Montana's Stephen Siebert and Jill Belsky, who describe the ecological impacts of swidden in Bhutan. 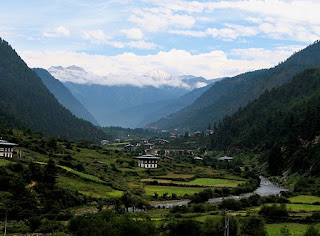 If you think these techniques sound fairly invasive, then you're not alone. The Bhutanese government, wanting to preserve the amazing biodiversity that can be found in its country, passed the Bhutan Forestry Act in 1969. This spelled the beginning of the end for swidden, which many people viewed as antiquated, dangerous, and ecologically unsound. However, it may have provided a service to a variety of wildlife species that needed more sunlight than thick tree canopy allowed into the forest, but also more cover than was provided by completely open meadows. In other words, swidden may have acted as an intermediate disturbance--something more intense than, say, the toppling of a single disease-ridden tree, but less intense than the felling of a whole hillside's worth of trees during a mudslide.

A patchwork habitat resulting from swidden. Here you can see forests in multiple stages of succession, fallow fields, and current growth of rice crops in a swidden landscape in Yunnan Province. Image courtesy of Wikimedia Commons.

Swidden farmers left in their wake a variety of patches of different ages--and, therefore, at different stages of succession. The entire landscape would have been a mosaic of areas with closed canopies, open canopies, and everything in between. These conditions would have provided habitat for shade-lovers, sun-lovers, shy species that prefer to stay hidden in the undergrowth, and bolder ones not afraid to venture out into the open. From a single habitat--forest--the swidden farmers were creating multiple types of new habitat, each with its own niches. This, in turn, would have facilitated biological heterogeneity--probably not just in terms of the number and type of species present, but also the roles of those species in the local food web, and the functions that the entire ecosystem could collectively perform.

It's difficult to know for sure, because swidden vanished in Bhutan over 30 years ago, and wasn't well quantified before that time. As a result, the authors can't make a clear before-and-after comparison that would allow them to see whether biodiversity levels have dropped since the discontinuation of swidden. (With proper permission, however, it would be possible to investigate this experimentally.) In other countries where swidden is still used, researchers have noted that fallow plots provide habitat for different types of species than those found in the adjacent forest; as a result, the swidden-and-forest patchwork is more biodiverse than tracts of uninterrupted forest alone. We also know that fallow-type habitats are used by sambar deer, wild pigs, and gaur--potential prey items for tigers. This suggests that swidden could facilitate the coexistence of predators and humans even in disturbed, densely populated areas. 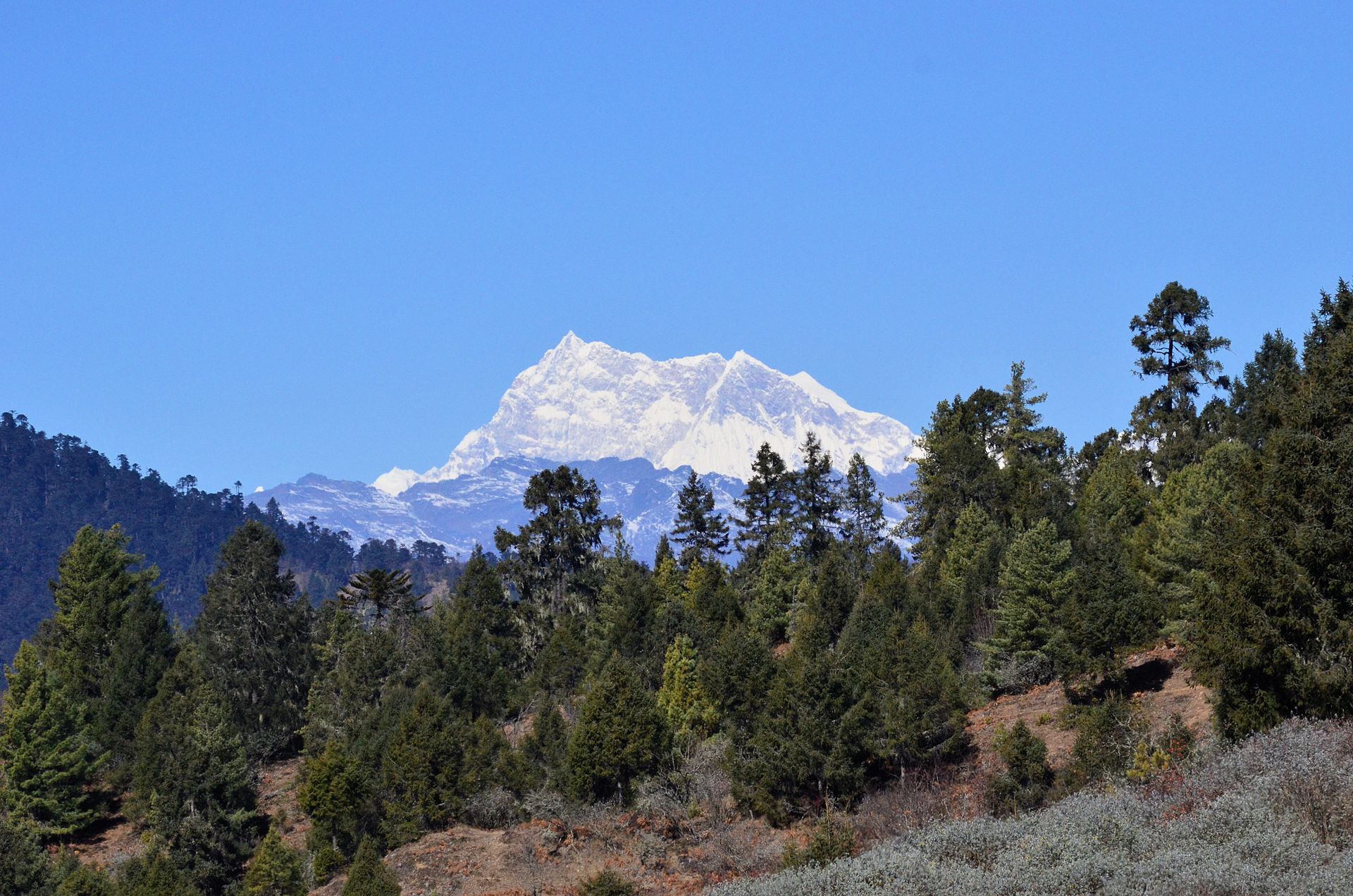 Ironically, the curtailing of swidden has not led to a uniform decrease in disturbance across Bhutan's forests, some of which are shown above. Some areas are protected from human activities, but other areas have been subjected to intense logging efforts, which may, over the long run, be more ecologically harmful than traditional slash-and-burn practices. Image courtesy of Christopher J. Fynn.

The best way to know this for sure is to explore the possibility using rigorous scientific methods. That's one of the reasons the authors have used Bhutan as a case study. They suggest that the country missed a trick by outlawing swidden without collecting more data and thinking about the situation more critically. Their hope is that conservationists and policy makers will do better elsewhere--not just in places with swidden practitioners, but in any area where humans continue to use traditional land management techniques that have been employed for thousands, if not tens of thousands, of years.

Although we tend to think of humans as separate from nature, we do, in fact, have a long history of interacting with species, communities, ecosystems, and entire landscapes; removing us from the equation may have unintended consequences. The authors advise us to keep that in mind, and to consider the possibility that a little bit of disturbance might actually be a good thing--both for humans and for wildlife.
--
Stephen F. Siebert and Jill M. Belsky. 2014. Historic livelihoods and land uses as ecological disturbances and their role in enhancing biodiversity: an example from Bhutan. Biological Conservation 177:82-89.