British cattle farmers have struggled over the last several decades to find a solution to the problem of bovine tuberculosis (bTB), a disease caused by Mycobacterium bovis. Wild European badgers (Meles meles) act as a reservoir for these bacteria, inspiring culling efforts to try to stem the flow of M. bovis from badgers to nearby herds. Over 20,000 badgers were culled between 1975 and 1997, but the incidence of bTB remains high: In 2009 alone, some 35,000 cattle were slaughtered after testing positive for the disease. The Randomized Badger Culling Trial (RBCT), a 10-year study begun in 1997, was conducted to investigate the effect of badger management efforts on bTB. To the surprise of many, it revealed that badger removal did not dampen the spread of bTB; in fact, RBCT data suggested that culling may actually increase the risk of bTB among nearby cattle.

Indeed, this is the conclusion of analyses performed by researchers from the Imperial College London, who, writing in the journal Biology Letters, recently described the drawbacks of a particular type of management known as "localized reactive badger culling." This practice was suspended in 2003 after it was associated with a 27% increase in bTB "breakdowns," or restriction of the movements of affected herds. Reactive culling focuses on removing badgers whose home ranges overlap with land used by herds in which bTB has recently appeared. The authors hypothesized that reactive culling efforts fail to reduce overall levels of tuberculosis because they inadvertently increase the risk of bTB in herds located near--but not on--lands where culling operations are conducted.
The researchers investigated this possibility using a database called VETNET, with which they could access information on cattle bTB tests and herd breakdowns. They investigated a total of 1208 cattle herds--604 impacted by tuberculosis and another 604 that remained disease-free. Likelihood of bTB infection in each herd was explored with respect to the presence/absence of culling (within 1, 3, and 5 km of each herd's location), distance to any culling efforts and number of badgers killed, and a number of other potential mitigating characteristics (including herd type and size, farm area, and historic incidence of bTB in the region). Reactive culling within 1, 3, and 5 km of a herd was found to more than double its risk of bTB. In fact, the likelihood that cows would experience an outbreak was positively related to the number of nearby culled badgers. This was true even when models simultaneously took into consideration both badger culling efforts and prevalence of bTB breakdowns in the vicinity. Indeed, the more complex multivariable analyses, which controlled for the risks posed by nearby tuberculosis outbreaks, still indicated that herds within 3 and 5 km of culling efforts were particularly likely to succumb to bTB infections following high levels of badger removal. 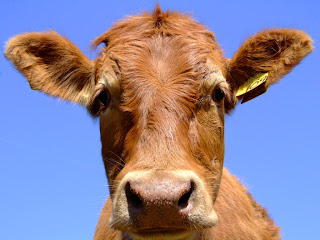 
These results likely reflect the fact that some badgers may utilize vast areas of habitat; thus, culling efforts may not actually target the individuals responsible for encountering, and passing M. bovis to, cows. In other words, by removing the "wrong" individuals, culling efforts may reduce overall badger density without actually reducing the density of infected animals. Thus, while badger numbers fall, the incidence of M. bovis does not. In fact, culling efforts may cause more harm than good by acting as "perturbations" that disrupt badger social organization and spatial distribution. This, in turn, can affect badger-cow interactions and associated disease control efforts. The authors point out that such perturbations are not just an issue in this system, but in any disease control situation in which wildlife species act as reservoirs.


Thanks to the following websites for providing the images used in this post:
http://www.wildcru.org/research/research-detail/?project_id=21
http://journalism.bournemouth.ac.uk/2010/ryoung/bovinetb.html
http://hqinfo.blogspot.com/2011/11/curious-facts-magnetic-cows-cow-magnets.html
Posted by Caitlin Kight at 02:49