Wild animals continue to be an important source of protein for many people, especially those near tropical forests of poorer countries. In these regions, the high demand for bushmeat is often ecologically unsustainable, and the resulting declines in wildlife can have widespread impacts on ecosystem structure and function. In order to develop plans for scaling back hunting to less damaging levels, it is first necessary to understand why, and under what conditions, people utilize this natural resource. Attitudes about bushmeat have been found to vary in different societies and countries as a result of ecological, social, and historical factors; thus, separate analyses are needed for each region where high levels of bushmeat consumption potentially threaten wildlife. 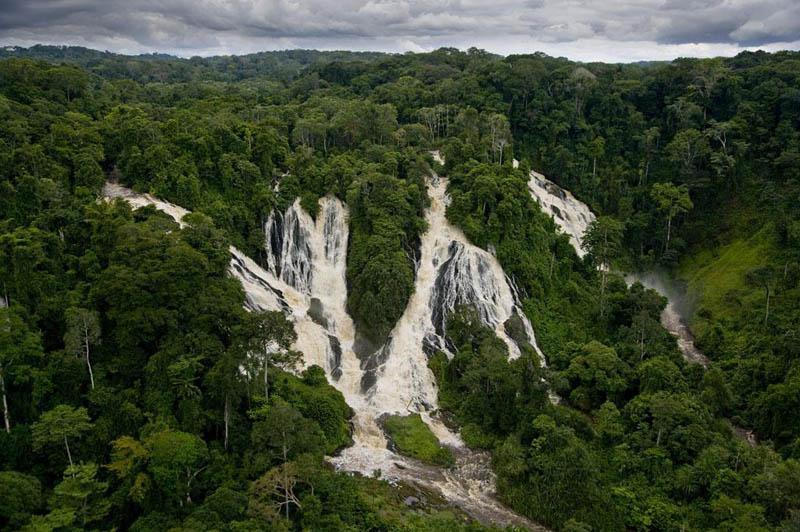 
As part of a long-term study exploring the relationship between human welfare and the creation of natural areas, an international group of collaborators recently analyzed bushmeat consumption among Gabonese residents inhabiting villages near three newly-established national parks (Biringou, Ivindo, and Monts de Cristol). Researchers visited 928 households in 56 different villages to conduct surveys aimed at identifying potential correlates of bushmeat consumption; these included household composition (how many people and of what sex and age), education, income, and wealth. Because the ability to obtain bushmeat is also influenced by the presence and accessibility of animals in nearby habitats, the researchers also quantified land cover within a 5-kilometer radius of each village, as well as distance to the nearest park. Finally, the scientists were interested in understanding the economics of bushmeat use, since consumers might be influenced by prices of potential bushmeat substitutes (such as chicken and fish), as well as by access to bushmeat itself.

Of all households surveyed, only 20 (or 2.6% of the sample size) indicated that they consumed no bushmeat during the study period. Among those that did utilize bushmeat products, 96% ate fresh meat (rather than, say, dried or smoked products). This suggests that a large number of rural Gabonese residents are hunting wildlife near their villages. Only a small portion of households obtained much income from the sale of bushmeat, indicating that hunted goods were primarily used for personal consumption.

Overall, the researchers found consumption of bushmeat to be associated with "a complex interaction of variables that varied among species consumed." The patterns revealed by the surveys were not always easy to interpret. For instance, in many countries bushmeat is consumed more often by poorer residents because they cannot afford alternatives. Among the households studied here, however, wealth was positively associated with hunted protein products. The authors suggest this may be because wealthier households were more likely to own guns, and guns facilitate collection of bushmeat. Alternatively, heads of wealthier houses may have been waiting to reach a certain threshold of wealth before they switched from using bushmeat to buying alternatives on sale in local markets. 
The relationship between household size and bushmeat use is perhaps even more perplexing. It seems logical to assume that because larger households need more food and have to share it out amongst more mouths, they would be more inclined to rely on bushmeat; however, the alternative was true. The researchers hypothesize that hunters might be limited by other factors associated with household size--for instance, possession of supplies needed to hunt. It is also possible that hunters go out in groups and share the day's kill equally amongst themselves; if this is true, then there would be fewer kilograms of meat available per mouth in households with more members.

It is clear that additional studies will be needed to better understand the precise dynamics associated with bushmeat consumption. However, results from the current study are sufficient to indicate what an important role this resource plays in the diet of rural Gabonese residents. As a result, it seems likely that many species could be threatened if the hunting status quo is maintained. The authors suggest that wildlife takes could be limited by making hunting more expensive--for instance, by regulating the use of natural spaces and/or by increasing the costs of hunting equipment. While this might help preserve wild animal populations, however, it could leave many humans with empty bellies. Thus, the researchers stress the importance of making alternative sources of protein available to villagers at affordable prices.

Thanks to the following websites for providing the images used in this post:
http://shuttur.com/image/709
http://en.wikipedia.org/wiki/File:Blue_Duiker.jpg
http://www.realbirder.com/GambiaTripReport.htm
Posted by Caitlin Kight at 05:10