A primer on conservation design

You might remember that I recently wrote about conservation design, an emerging field focused on translating scientists' recommendations into physical products and solutions addressing conservation problems; it is a discipline that aims to promote "reconciliation ecology," or the joint use of habitats by humans and wildlife. After reading my previous post, an Anthrophysis reader alerted me to an earlier, and more introductory, paper on the same topic. Although it's now a couple years old, I've decided to break with tradition and summarize it here because a) it contains some interesting ideas that b) do not seem to have not been updated in subsequent scientific literature, suggesting that conservation design is a technique that has yet to gain traction among conservationists.

The paper, written by Meredith Root-Bernstein and Richard Ladle, appeared in Conservation Biology back in 2010, prior to the authors' subsequent work with South American sea lions (Otaria flavescens) in Valdivia, Chile. According to the authors, conservation design is only one of many tools that can be used to try to fix the "global biodiversity crisis;" however, unlike most of those other tools, this field relies on interdisciplinary work by experts in anthropology, history, political geography, environmental psychology, design, engineering, and more. In the case of conservation design, the goal is to "devise innovative solutions that allow species to thrive in human-dominated habitats" in a manner that is both useful and pleasing to all parties involved--not an easy task.

Root-Bernstein and Ladle list four key benefits of collaborations between designers and conservationists. First, designers are generally more familiar with the process of taking an abstract idea--or a set of parameters/constraints--and turning it into a physical product. This helps streamline the process of creation and avoid potential obstacles in the path of desired outcomes. Second, designers might be aware of certain materials or techniques that are unknown to researchers. Thus, they may be in a better position to figure out how to, say, work with recycled or biodegradable materials, or utilize renewable energy sources. Third, designers have a long history of working with customers and stakeholders in order to produce something that reflects everyone's needs and desires. This expertise may help managers "harmonize conservation products with local values." Finally, the authors believe that conservation design will promote the development of "psychological biomimesis"--or creating something based on a knowledge of how animals perceive and interact with their environments, rather than simply trying to copy physical structures observed in nature. This technique has been successful in the design of products for use among humans, so it likely would have benefits when applied to wildlife, as well. 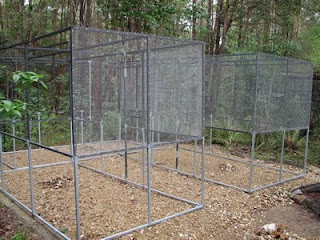 (Another example of a conservation design: enrichment aviaries for captive birds)


While conservation products may benefit from the input of designers from a variety of fields, the authors suggest that industrial designers are particularly well positioned to offer assistance. This field frequently deals with the urban environment, and is focused on creating products in which utility and aesthetics are balanced; designs may ultimately be mass-produced, one-of-a-kind, or anywhere in between. Industrial designers have experience creating products that can be used by a large audience, or only a particular subset (such as children, the elderly, or patients); they hope to "generate new and desirable interactions among product, user, and environment" and "participate in the making of new ways of living, thinking, and feeling." In other words, industrial designers are a very innovative group, and are used to coming up with novel items and solutions.

That said, people from other fields may also have much to contribute. For instance, researchers interested in creating a corridor facilitating the movement of bats from one habitat patch to another might work not only with industrial designers who would develop the optimal roost box design, but also with landscape designers who might suggest which dimensions would make the corridor most functional. Experts in animal welfare should also be consulted in order to provide information on which products and settings will be safest and most comfortable; likewise, animal behaviorists will understand the ways in which animals are likely to respond to novel items and environments. Collaborations among all these individuals, as well as community members who will be impacted by the management schemes, should help "blend human needs, desires, and preferences with those of the wildlife that conservation seeks to protect." 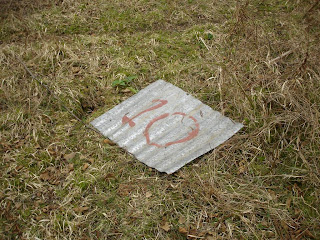 
The authors report that many conservation design projects have already yielded beneficial results. In Wisconsin, for instance, loons (Gavia immer) were happy to utilize artificial nesting platforms, and, when they did, experienced higher nesting success than their counterparts breeding on natural platforms; likewise, endangered iguanas (Cyclura lewisi) living on Gran Cayman island were quick to move in to artificial nests and retreats supplied by conservationists. One of the many other conservation problems that might be solved by conservation design is the capture of native birds in Indonesia, for use as song tutors for pet birds that will be entered into singing contests. The authors suggest that designers might come up with an automated training system that could teach captive-bred birds new songs in the absence of wild-caught individuals.

In order to facilitate this sort of interdisciplinary collaboration, Root-Bernstein and Ladle suggest that it would be useful to develop education programs that merge conservation and design goals earlier on. This would help ensure that conservationists and designers are on the same page--or at least in the same book--when collaborations begin. Even something as simple as agreeing on definitions can be helpful: Recently, a survey conducted among design students revealed that they defined "conservation" as "separation of wildlife from humanity," whereas, in many cases, conservationists might seek "better integration of humans and wildlife." The paper trail associated with each project would also have educational benefits if made available to other conservationists and designers. This could give later research teams a boost and allow them to avoid making the same mistakes that have been made before.


The authors also recommend extensive testing and comparison of products in order to ensure that only useful designs make the final transition from prototype to deployable and/or marketable product. This would prevent the distribution of, say, containment fences that can be breached, or nest boxes that will be invaded by non-target species. According to the authors, one of the best examples of a non-functioning conservation design is the pingers used to scare off dugongs (Dugong dugon) in Australia; as it turns out, the dugongs aren't much bothered by the noise and so continue about their business in areas where they are not wanted. One other important consideration is where the results of these tests should be published. Currently, many findings are published only in the gray literature and are therefore difficult for other researchers to locate; by targeting more mainstream publications, authors can present their results to a larger audience.

Although conservationists and designers come from very different worlds, the authors feel that interdisciplinary collaborations between these groups will be fruitful and rewarding. A learning period may be required during which everyone learns to speak the same language, but ultimately Root-Bernstein and Ladle believe the field of conservation design is poised to help take the recommendations of conservationists off the page and into nature.