What your dog is--and isn't--trying to tell you

Fossil evidence indicates that approximately 30,000 years ago, humans captured, tamed, and bred gray wolves (Canis lupus), ultimately producing Canis familiarus: the domestic dog. Centuries of breeding to reduce aggression and fear have yielded animals that are not only comfortable in the presence of humans, but may also be overtly friendly, eager to please, and even helpful.

As anyone who has seen a working dog in action already knows, dogs are quite adept at understanding human communication; in fact, they are even better than apes at using human gestures in a cooperative communication context. Likewise, humans can interpret signals from their canine companions, including jumping, running back and forth, gazing, and bark patterns--which may, for instance, be used to indicate the locations of desired objects. One long standing question is whether dogs use these communicative behaviors because they recognize human ignorance about a particular issue--in the above case, where an object is hidden--and wish to provide information about it, or whether they are simply performing begging behaviors in order to achieve an outcome they desire for themselves.

Although this may seem like a subtle difference to most of us, the ability to recognize others' ignorance has only been demonstrated in primates; further, only humans have been found to voluntarily provide information to others in order to reduce their ignorance. Is it possible that dogs, having been bred so long to possess traits that are valuable to their human owners, might have evolved this mental capacity?

This question was recently investigated by researchers from the Max-Planck Institute for Evolutionary Anthropology, who performed two experiments in order to evaluate dog-human communication. The first was designed to assess whether dogs indicate the location of a hidden object not just to request it, but to inform others about it. Dogs were tested either with their owner or with a stranger, and went through multiple rounds of testing. In each round, the dogs were exposed one of the following: their favorite toy, which they played with alone; a non-favorite toy, which was handled by both the human and the dog; a hole puncher, which was not handled by the dog but was used by the human companion; and a vase, which was handled by neither. After 60 s of exposure to the item, the companion left the room and a second person came in and hid the object while the dog looked on. The human companion then returned and attempted to use the dog's behavior to locate the item. If the dogs were generally interested in informing their human companions, they should have communicated about even the items in which they were uninterested (the hole puncher and vase); if they were just begging for the object, they should have communicated exclusively about the items that were most relevant to them (the two toys). 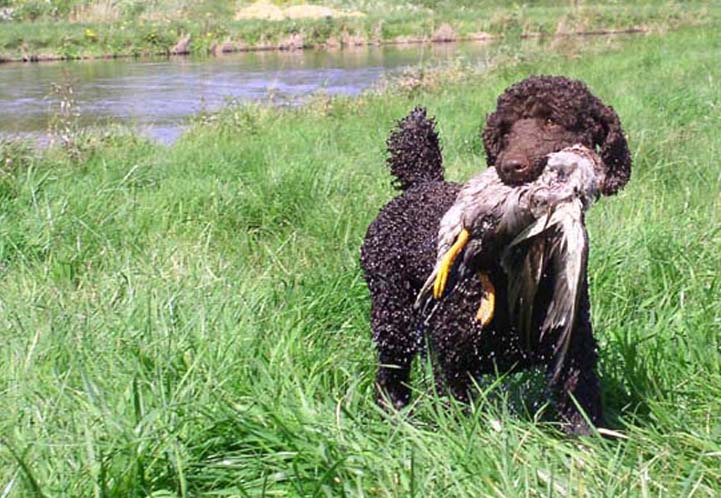 Across all trials, people were more likely to find hidden objects than would have been expected by chance, indicating that canine communication was both produced and received. However, dogs' behaviors were most helpful to their human companions when the hidden object was something the dog had a direct interest in--in other words, one of the toys. They did not communicate as much when the object in question was of interest solely to the human. Overall, this indicates that dogs are begging/requesting, rather than providing information to rectify ignorance. Interestingly, though, dogs were generally more communicative with their owners than with strangers; this led owners to have higher overall success rates at finding objects, regardless of type.

Even though dogs helped their owners find the "human-interest" objects at a fairly high rate, they did not distinguish between the object that their owners had been interested in (hole punch) and the object that had simply been in the room (vase). The researchers were curious about whether this represented the dogs' inability to understand the difference between objects that were desirable and those that were not, or simply a general interest in helping their owners locate any hidden object regardless of how much the human had previously interacted with it. Thus, the second round of testing, which focused only on dog-owner pairs, involved the presentation of pairs of objects. One object was relevant to the owner--and was actively used in a task--and the other object was not. Each dog was tested with six different pairs of objects, plus a control treatment in which the two objects were both toys--one of which was the dog's favorite toy. In all scenarios, the human companion left the room, the object was hidden by a second experimenter, and then the companion returned to search for the hidden item.

As before, humans were more likely to find hidden objects than would have been expected by chance, indicating that the dogs were actively communicating. This was true regardless of item type, but the relationship was particularly strong for the control trial; dogs provided significantly more information about an object of interest to them than an object of interest to their human companion. Furthermore, even though they clearly showed more interested in their favorite toy during the control experiment--indicating an ability to assign preference to one object over another--they did not prioritize their owner's item of interest, but instead pointed to both types of hidden object equally.

Overall, this suggests that dogs, like most other animals, do not voluntarily provide information in order to reduce a human companion's ignorance. Instead, they request items for themselves or engage in general "fetching" behavior. This may be a result of dogs' inability to interpret humans' lack of knowledge, difficulty with connecting past and current events in order to understand when information transfer is necessary/useful, and/or trouble interpreting human behaviors as goal-directed. However, throughout the course of the experimental trials, owners' success rates at finding hidden objects did not decrease over time. This indicates that the dogs remained motivated to offer assistance, even in the case of items in which they were not interested. These results are in contrast to those observed in chimps, which become increasingly less helpful in similar situations; rather, the behaviors are more like those of human children.

In short, the results of these two experiments indicate that, although we may have bred many human-compatible traits into our canine best friends, we have not made them into mini-people--yet. However, the tests highlight the perpetual attentiveness with which our furry friends are endowed and also indicate the impressive efficacy of cross-species communication.  No wonder dogs can be such excellent sidekicks to people in a variety of professions.