Earlier this year, the open access journal Ecology and Society had a special feature called The Effects of Roads and Traffic on Wildlife Populations and Landscape Function. The issue featured 17 papers plus a guest editorial all devoted to discussing the ecological impacts of roads, the efficacy of road-related mitigation techniques, and the future of road ecology research. 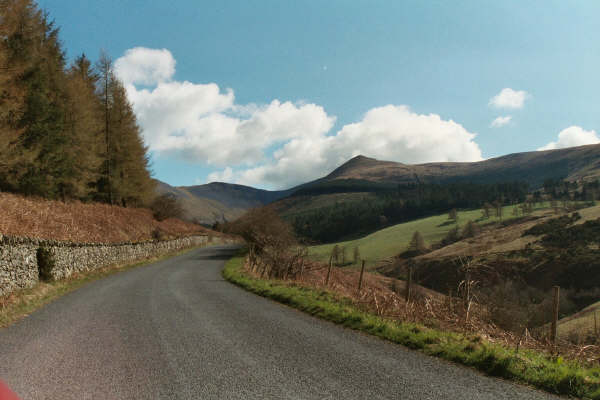 One of the themes highlighted in the introductory editorial is the need for greater public awareness about the effects of roads, as well as a greater emphasis on collaboration between managers, politicians, and road ecology experts. There are an estimated 750 million vehicles utilizing approximately 50 million kilometers of road worldwide, with increases in both road network and traffic volumes continuing to occur globally--especially in developing areas such as eastern Europe, China, India, and Latin America. The known effects of roads include loss and fragmentation of habitat, injury and/or death of wildlife after collision with vehicles, changes in microhabitat (e.g., light, moisture, wind) due to increased exposure, pollution, and facilitation of invasion by non-native species.

Roads can have negative impacts on humans, as well--by reducing the aesthetic qualities and the recreational value of habitats. Perhaps more immediately important is the massive amount of injury and property damage associated with animal-vehicle collisions; in North America alone, 1-2 million collisions are thought to occur each year, causing several hundred human fatalities and over a billion US dollars in damage.

Despite the clear drawbacks of roads, they are often not considered in the same light as other human-induced habitat changes; ask the average person what anthropogenic disturbances are most destructive, and he/she is more likely to focus on factors such as pollution, urban sprawl, and climate change. Although roads are often associated with these things, they are generally not pinpointed as a dangerous habitat feature unto themselves, perhaps because they lie flat to the ground and do not have the same obvious physical presence of, say, skyscrapers or strip malls.

Pretty much since the first road ecology study was conducted  in 1925, it has been clear that animal abundance is negatively impacted by the presence of roads. The extent of the effect varies for different species and at different distances from road. Among frogs studied in Utah, for instance, the "road-effect zone" included land up to 1000 m from the roadside, and reduced abundances of 4 of 7 frog species examined; among small mammals evaluated in a desert environment, however, 11 of 13 species could be captured under vegetation right next to the road. Roads may also affect behaviors. Traffic noise, for instance, causes some bird and frog species to alter their vocalizations, thus potentially impacting their ability to communicate effectively. Roads can also disturb migration patterns, slowing down progress or forcing migrating individuals to take more circuitous routes, as observed in northern leopard frogs (Rana pipiens).

Encouragingly, some relatively simple mitigation techniques are effective at reducing the negative impacts of roads on wildlife. For instance, moving salt pools farther from roadsides can reduce moose (Alces alces)-vehicle collisions by 50%, saving lives of both moose and drivers. The installation of both over- and underpasses can allow safe passage of wildlife, not only preventing accidents on the road, but also preserving or even improving current rates of gene flow. Preliminary cost-benefits analyses have already suggested that, in many areas, the efficacy of some management methods exceed the costs required to employ them, indicating that increased implementation of a few simple techniques could save money and animals.

Because roads keep humans connected, they are an integral part not only of our daily lives, but also of our social structure. In other words, they are not going anywhere soon. Although the major goal among road ecologists is developing mitigation techniques that keep wildlife safe for generations to come, there is still a dearth of the very data that are necessary to make logical management plans. For instance, we still know relatively little about how roads affect long-term viability of populations, what effects they have on the landscape, and whether/how they alter ecosystem function. The authors of the guest editorial encourage road ecologists to center their future work around these questions. Furthermore, they encourage research that is applied in nature and can have direct, obvious value for road agencies, conservationists, wildlife, and motorists alike. One important goal--shared by biologists in a number of fields--is education of the public, including those individuals that make policy decisions. Hopefully, greater awareness will lead to smarter, safer use of roadways, and choices that bode well for the future of wildlife that live in heavily-trafficked areas.


Thanks to the following websites for providing the images used in this post:
http://www.rural-roads.co.uk/
http://inhabitat.com/piezoelectric-energy-generating-roads-proposed-for-california/
http://illusion.scene360.com/photography/1207/every-road-leads-to-somewhere/