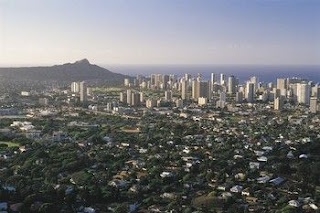 From 1900 to 2005, urban areas have grown to accommodate 13% more people; by 2030, this number is expected to rise to 60%. This drives urbanization, which alters the amount of land available for non-urban habitats, as well as changing the potential supply of "ecosystem services"--a variety of functions performed, to our benefit, by the habitats around us. Some notable ecosystem services include reduction of flooding (achieved by storing rainwater and releasing it slowly over time), generation of food from agricultural areas, and carbon storage both below ground (in the soil) and above ground (in living organisms).

Increases in urbanization could alter anthropogenic environments in different ways. At one end of the urban growth spectrum is a scenario in which additional people are packed into the same amount of space already devoted to urban habitats. At the other end of the spectrum is an increase in the amount of habitat that contains human densities comparable to those seen in current urban areas. These can be thought of as the "densification" and "sprawl" scenarios, respectively. Both have been proposed as methods to deal with increasing numbers of residents in Britain, where the human population is expected to increase by 16% over the next two decades.

A recent study by colleagues from the University of Sheffield, the NERC Centre for Ecology and Hydrology, the University of York, and the University of Tennessee--Knoxville has investigated the likely impacts of these two scenarios on the provision of ecosystem services in the UK. Specifically, researchers modeled the potential effects of densification and sprawl on freshwater flood mitigation services, carbon storage, and agricultural production. 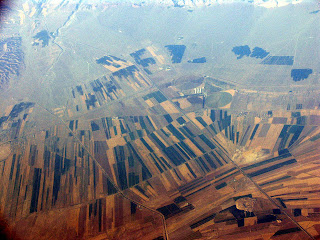 (Mosaic of agricultural fields, as seen from an aircraft.)

To do this, the scientists generated maps of England in which land was broken up into a series of 1 × 1 km squares. They measured the amount of each service provided by each square in the current habitat arrangement, then recalculated these values once habitats in the squares were manipulated to reflect each of the potential future urbanization scenarios.
In general, the results of the study indicate that population growth will have significant impacts on ecosystem services, but that the extent of these impacts--and how they are balanced among different ecosystem services--will depend on patterns of growth. Flood mitigation, for instance, was highly negatively impacted by densification, but less so by sprawl. Carbon storage and agricultural production, on the other hand, were more negatively impacted by sprawl. 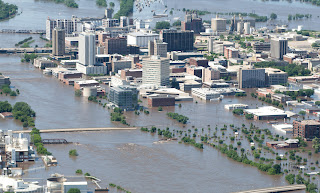 (Flooding in an urban area. Urbanization can increase flooding by increasing the amount of impervious surface cover--sidewalks, roads, parking lots, buildings--that covers the ground. This alters the natural pattern of absorption and storage of rainfall by the soil. Because people are so densely packed in urban habitats, each flooding event also has the ability to impact a larger percentage of the population than it would in other areas.)

Because one service may have to trade off for another, the "best" type of urban development will differ depending on which ecosystem we hope to preserve. Unfortunately, the conclusions drawn by the current model are specific to the UK and cannot be generalized for many locations; this is because models like these are highly dependent on local conditions--such as weather, soil type, and current land cover, among other things. 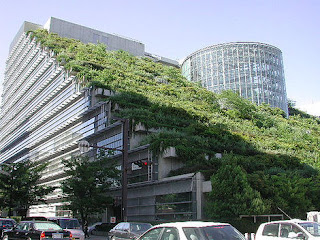 (A green roof in an urban area. It improves the view, changes the temperature, alters water flow, and--if you choose the right vegetation--can even provide an edible crop.)

One definite conclusion is that we are desperately in need of technological innovations that will allow us to balance our need for urban space and natural ecosystem services. Permeable pavements, for instance, would provide us with a smooth surface to walk on, but would also allow rainwater to soak into the ground in a natural (or quasi-natural) way; urban storage ponds and green rooftops are other good examples. The authors also stress that it is important to consider the interconnectedness of ecosystems and countries around the world; decisions made locally will have a broader impact. Thus, they advocate collaborative efforts between physical, ecological, and social scientists from a variety of countries.