Menus differ for city foxes and their country cousins

The old saying, "One man's trash is another man's treasure" may need to be rewritten for Bakersfield, California, where it turns out that "Everyone's trash is the foxes' treasure." This was discovered in a recent study seeking to quantify the extent to which urban-living San Joaquin kit foxes (Vulpes macrotis mutica) utilize anthropogenic food items. 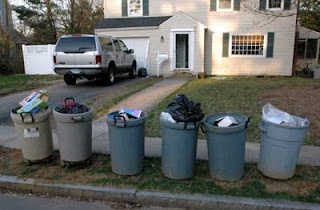 (What looks like trash to us seems like a buffet to scavengers and opportunistic feeders such as raccoons, opossums, gulls--and foxes.)

In order to investigate diets of Bakersfield foxes and conspecifics living in nearby nature areas, a two-pronged approach was taken by collaborators from the University of Wyoming, the Geophysical Laboratory of the Carnegie Institution of Washington, the National Zoological Park of the Smithsonian Conservation Biology Institute, and California State University--Stanislaus.

First, scat was collected from foxes living in urban areas within Bakersfield--where they prefer open habitats such as golf courses, drainage sumps, vacant lots, and school campuses--and from foxes living outside the town in the nearby Lokern Natural Area. By dissecting the scat, the researchers could look for tell-tale "signatures" of particular food items, such as chitinous exoskeletons of grasshoppers and beetles, hair and teeth from small rodents, bird feathers, and bits of wrapper from human food items. 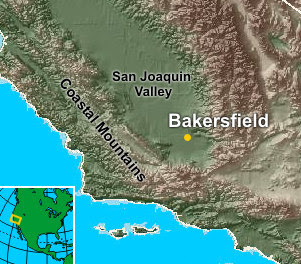 (A map of the San Joaquin Valley, at the southern end of which lies Bakersfield. The current study focused on the southwestern quadrant of the Bakersfield Metropolitan Area.)

Second, they conducted stable isotope analysis on hairs and whiskers collected from urban and natural foxes (this time including animals not only from Lokern, but also from Kern National Wildlife Refuge). This allowed the researchers to look at the ratios of different types of carbon and nitrogen atoms found in the animals' bodies; since isotope values differ over time and space, the scientists could compare values from foxes in the two locations to see how much their diets overlapped. Human hair--collected from barber shops and salons within Bakersfield--was also included in the analysis, as were samples from major fox prey species. Values from these samples were used to create a more complete picture of the total "isotope environment" in the urban and natural areas. 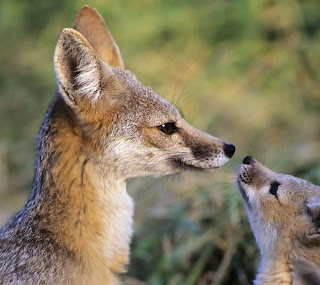 Results from scat analyses indicated that both urban and natural foxes depend primarily on small vertebrates and insects. Kangaroo rats (Dipodomys spp.) appeared to be particularly common food items for natural foxes, and their most common insect prey was grasshoppers. Urban foxes, on the other hand, appeared to eat a mixture of squirrels, gophers, and birds, and their most common insect prey was beetles. No signs of human food were found in natural fox scat, but 12.5% of urban fox scat contained food packaging material.

The isotope analyses revealed even bigger differences in the consumption patterns of the two types of fox. Both carbon and nitrogen isotope values were significantly different in samples from urban and natural foxes, with the latter animals showing higher variation in nitrogen values than either foxes or humans from urban areas. This is related to living in a more variable environment where availability of particular food items is heavily impacted by variations in rainfall. Urban humans and foxes also had considerable overlap in their carbon isotope values, indicating high similarity in their diets. There were no significant differences between male and female foxes within each type of location, indicating that both sexes ate similar diets. 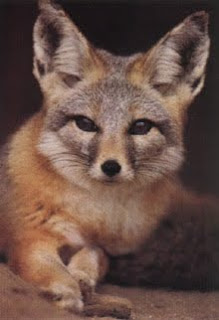 These results suggest that San Joaquin kit foxes, like other scavengers and "opportunistic generalist carnivores," are doing quite well in urban areas by expanding their menu; they join the ranks of animals such as raccoons, opossums, crows, gulls, and coyotes. Surprisingly, studies so far have not shown any negative impact of this shift in the foxes' diet (as has been observed in, for instance, birds eating large amounts of fried food out of dumpsters). The urban kit fox population is more stable than natural populations; they live in higher densities and have smaller home ranges, likely because of the consistent and abundant availability of anthropogenic foods. The urban animals have higher, steadier reproductive rates, and despite findings that they have higher cholesterol, city foxes have higher survival rates and better fecundity. It appears that the urban foxes have more to fear from vehicle collisions and toxins than they do from eating unhealthy human fare. This is good news for this apparently thriving population of a species that is, on the whole, classified as endangered.

The authors of the study emphasize how important it is to couple scat and isotope analyses, since the latter can uncover dietary patterns associated with foods that do not leave much of a physical trace after digestion. Further, isotope analysis allows researchers to generate urban-to-rural gradients so they can investigate the impacts of human food items on the diets of wild animals. This provides another way to gauge the effects of anthropogenic disturbance on wildlife populations, as well as to explore food web dynamics in urban ecosystems.