North Atlantic right whales need to watch where they eat 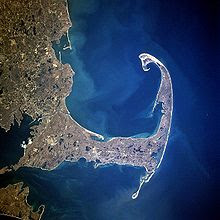 Each spring, North Atlantic right whales (Eubalaena glacialis) migrate through the waters of the Cape Cod Bay (CCB), where they feed on aggregations of zooplankton near the surface of the water. Last year, almost half the world's population of this species could be found in the CCB, where these critically endangered animals are at risk of being hit by ships. 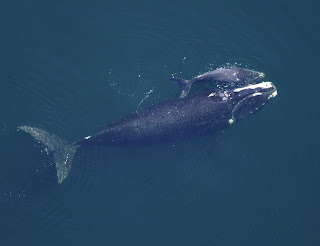 Collaborators from Pennsylvania State University, Stony Brook University, Provincetown Center for Coastal Studies, and the Gerry E. Studds Stellwagen Bank National Marine Sanctuary recently performed a study to investigate whether the whales' foraging ecology increases the likelihood that they will experience a collision with passing vessels. To do this, they utilized dive data from suction cup archival recording tags that had been attached to 13 whales. This provided a detailed record of how often the whales dived and how far they went. The researchers also sampled zooplankton, the whales' prey, in order to see how many organisms were in the water, and whether they aggregated in the same places where the whales were spending most of their time.

Zooplankton were highly concentrated in the upper 5 m of the water in aggregations that often covered multiple square kilometers and lasted for several hours. Unsurprisingly, whales were found to spend the majority of their time between 0.5 and 2.5 m below the water's surface, indicating that they most likely were following their food. Unfortunately, whales are difficult to see at this depth, making them particularly vulnerable to collisions with vessels of a range of sizes. 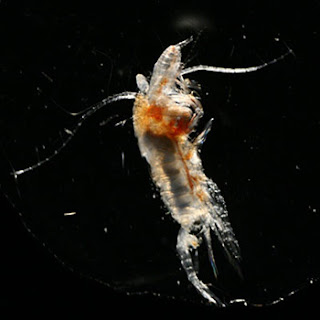 (The zooplankton Calanus finmarchicus, the most common species of whale prey sampled during the study.)

Along the Massachusetts coastline, a network of real-time passive acoustic buoys is used to monitor whale activity. However, these only work when the whales vocalize, which the researchers did not observe them doing throughout the course of the study. This means that an alternative monitoring technique--such as using echosounders to detect zooplankton and predict where the whales will be--may be necessary to protect these magnificent marine mammals.