Moths to a flame: The attractiveness of short-wavelength artificial light 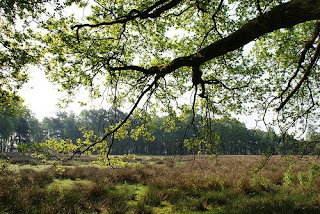 (Kampina, a nature preserve in Noord Brabant in The Netherlands, where the current research was conducted.)