Children and conservation: How and what are they learning about it? 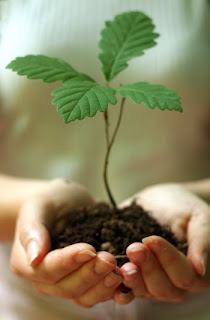 You've probably heard comments or complaints about how much time modern children spend in front of televisions and computers, but did you ever stop to wonder whether those habits have an impact on the kids' knowledge of conservation issues? Brand new research by collaborators from the Centre d’Etudes Biologiques de Chizé, Centre de Recherche et de Conservation des Chéloniens, and the University of Florida indicates that it does--potentially in a negative way.

The scientists used two major techniques to find out what children knew about species of conservation concern, and where they had learned it. First, they distributed a two-part survey to schoolchildren ranging from 7 to 11 years old. The kids were asked open-ended questions such as "List 5 animals that must be protected." There were also close-ended questions associated with color plates of 20 animals from different taxa and geographic origins. Kids were asked to identify each animal and indicate whether it should be the target of conservation efforts. Second, the scientists conducted Google Images searches in order to find out which animals came up in response to 12 conservation-related queries ("endangered X," "X disappearing," "X extinction," "protected X," and "X saved," where X was substituted sequentially with both "animal" and "species"). The authors identified which animals were shown in the resulting images, and what their actual conservation status was. This allowed them to investigate similarities in the animals and statuses listed by the students and those found online; in other words, they could assess whether the students had likely been influenced in their opinions by the media.

A list of over 256 species was generated by the students and the Internet searches. Of these, 92 were common between the two sources. Schoolchildren stated that they had personally observed 61% of species in the color plates, and the majority of these were local species. Most of the exotic species seen had been observed in a zoo; this number was approximately equal to the proportion of exotics seen in the media. 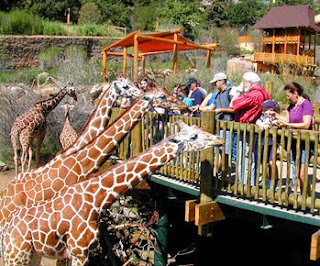 (Visitors to Cheyenne Mountain rub elbows with giraffes--not a species native to the area.)
Although students could identify nearly half of the pictured species at a relatively precise taxonomic level (e.g., a bald eagle might be listed as an "eagle" rather than merely a "bird"), local species were 12.5% less likely to be identified than exotics. Thus, even though schoolchildren have a fairly high encounter rate with local animals, they do not know as much about them as they do about exotics. In fact, some very common species, such as house centipedes and newts, were almost never recognized at all, despite the fact that they can easily be found near (or, in the case of centipedes, in) the kids' homes and schools.

(Children were 20% less likely to identify blackbirds, left, than toucans, right, even though the former is a common species found near the kids' homes and schools in midwestern France, while the latter is an exotic species native to another continent.)

Childhood has previously been identified as the key period to introduce environmental education, since early-formed relationships with the natural world tend to be both stronger and longer-lasting. Research has shown that environmental learning among children is particularly enhanced by the use of animals. While attitudes of children are influenced cumulatively by family, personal experience, school, and the media, the last has become increasingly important in modern teaching techniques both at home and in the classroom. This is particularly true since field trips may be regarded as expensive and dangerous, and thus may be replaced by online forays that can be conducted right in the classroom.

The authors of the current study worry that this has led children to receive a lopsided education--one that is based only on a few iconic, flagship, "likeable" species. The result is that children may think that nature is exotic and far away, rather than right in their own backyards. In fact, the 256 different species listed by the children and the online search, jointly, represent less than 3% of all threatened animals, and less than 4% of all threatened vertebrates (as listed by the IUCN). If people care most only about what they know, then the children may end up only supporting conservation projects abroad and not participating in efforts nearer to home. To combat this, the authors advocate increased use of outdoor activities--such as long-term animal observation programs in the schoolyard and biodiversity-related volunteering programs--to enhance local knowledge and form closer ties between schools and local conservationists. 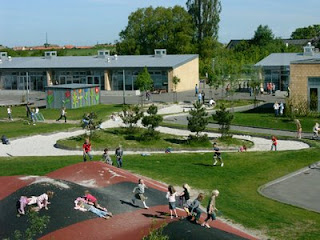