Bird feeding may have unintended side effects on avian behavior 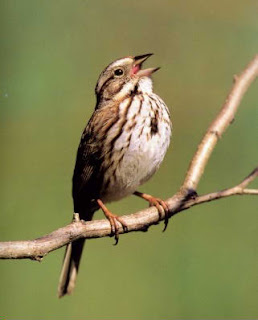 Although bird feeders may help fill empty bellies, they are also known to have negative side effects, such as spreading infection among avian patrons and providing predators with a bird buffet. Recent work by collaborators from Canada's University of Western Ontario and University of Victoria adds to this list in an unexpected way, suggesting that bird feeders could also have negative effects on the song repertoire size of the sons of fed birds.

The results were produced by a long-term study examining the effects of supplementary feeding on resident song sparrows (Melospiza melodia) in Victoria, British Columbia, Canada. Previous findings from the study indicated that, in food-supplemented habitats, parents successfully fledged more young during the breeding season, suffered less nest predation and partial brood loss, were less physiologically stressed, and spent more time attending nests. In other words, food supplementation did have clear benefits over the short-term. 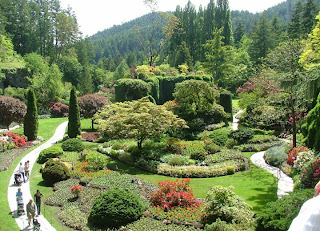 The increase in fledging success was at least partially attributable to an increase in the number of eggs laid (brood size) per food-supplemented female. However, in order to lay more eggs, females decreased the size of each individual egg. As a result, 6-day-old nestlings of fed adults were structurally smaller (as measured by length of leg bone) than 6-day-old nestlings of unfed adults. Both groups of juveniles were of similar condition, probably because they were found to receive comparable care from their parents. 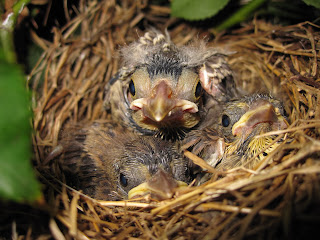 Early rearing conditions are known to have a huge impact on brain development, learning, and task performance. Thus, among the food-supplemented chicks that started off in smaller eggs and grew to be smaller nestlings, it is perhaps not surprising that smaller song repertoires were recorded the following year when the birds returned as adults and began their acoustic courtship behaviors. This was not the authors’ original prediction, but they had not anticipated that supplemented females would produce more, smaller eggs, rather than just more eggs or more, larger eggs.

These findings clearly show that supplemental feeding impacts at least one generation of song sparrows. It is unclear whether there are additional effects on subsequent generations, though previous work in zebra finches (Taeniopygia guttata) suggests that there will be. Given the number of people who provide bird seed, suet, meal worms, and bread crumbs to their feathered friends, it will be important to investigate how long-term the impacts of supplemental feeding are. Nobody should be discouraged from feeding birds just yet—especially in the harsh winter months—but stay tuned for further developments.

Thanks to the following websites for providing the photos in this post:
http://www.gardenhotel.org/victoria-bc-canadas-most-beautiful-city-is-worth-a-visit.html/butchart-gardens-victoria-bc-canada
http://enjoybayberrybeach.com/bbbirds.htm
http://commons.wikimedia.org/wiki/File:Crowded_Song_Sparrow_nest.jpg
Posted by Caitlin Kight at 02:37