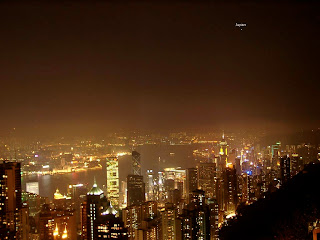 Although the last couple posts have focused on the negative impacts of human noise pollution, artificial light can also pose serious problems for wildlife living in anthropogenic habitats. Many physiological processes, including those that regulate daily rhythms and seasonal adaptations, rely on accurate light information; as a result, both animals and plants living in environments with artificial light may find themselves out of sync with nature.


A recent study on captive Siberian hamsters (Phodopus sungorus) examined whether artificial light at night could have a negative impact on immune function. Researchers from Ohio State University examined immune activity in two groups of hamsters. One group was exposed to a regular 16:8 light:dark cycle; for them, this was the equivalent of experiencing sunrise at 5 AM and sunset at 9 PM, which is typical of a summer day at moderate latitudes. Another group of hamsters was exposed to a 16:8 light:dim light cycle, mimicking exposure to regular daylight, followed by overnight pollution from anthropogenic light sources such as street lamps, shop windows, and car headlights. 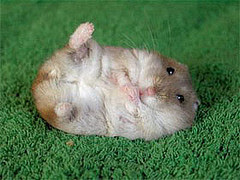 The hamsters were exposed to these lighting conditions for four weeks, after which their immune responses were tested in three ways. First, they were injected with an antigen, a molecule that should elicit an immune response; the presence and intensity of the response can be gauged by measuring inflammation at the injection site. Second, the scientists collected blood samples from the hamsters and infected them with E. coli; higher levels of bacterial growth in the blood are indicative of poorer immune function. Finally, the hamsters were injected with a lipopolysaccharide, a piece of the cell wall of certain types of bacteria. This should induce a fever; thus, the intensity of the hamsters’ response could be evaluated by measuring changes in body temperature, as well as alterations to behavior (just like us, hamsters get more sluggish when they do not feel well). 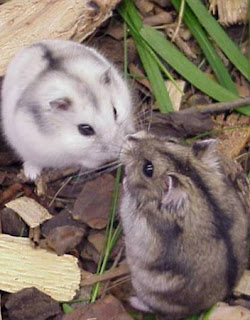 Hamsters exposed to light pollution had significantly less swelling in response to the immune challenge, and their blood samples fostered the growth of a higher number of infectious bacteria. Cumulatively, the results indicate that these hamsters had impaired immune function. Both groups of hamsters had similar fevers in response to lipopolysaccharide injection, suggesting that at least one aspect of immune function is not disrupted by exposure to light pollution. However, one surprising result was that hamsters exposed to “normal” light conditions had more intense decreases in activity following the injection, which is the opposite of what the researchers expected. Although the reason for this is not yet understood, it is interesting that the two groups of hamsters displayed such different behavioral responses to the immune challenge—suggesting that, perhaps, exposure to light pollution has a more cryptic effect on not just immune function, but also behavior.

This study has not factored in the additional physical and energetic hardships of dealing with limited natural resources (food, water, shelter) and thermoregulation (increasing or decreasing body temperature to cope with ambient weather conditions), which are likely to provide additional stresses that will further intensify (or, at the very least, interact with) the negative effects of anthropogenic light on immune activity. But the bottom line is that artificial light is clearly unhealthy for hamsters—and if it is bad for them, it is probably not great for us, either, so don’t forget to pull down your shades and draw your curtains before you go to bed tonight.
---
Bedrosian, T.A., Fonken, L.K., Walton, J.C., and Nelson, R.J. Chronic exposure to dim light at night suppresses immune responses in Siberian hamsters. Biology Letters. Online advance publication.

Thanks to the following websites for providing pictures for this post:
http://www.flickr.com/photos/12943180@N00/382822220/sizes/s/in/photostream/
http://www.livescience.com/9483-study-hormone-controls-seasonal-sex.html