There is not always much overlap in the research of conservationists and behavioral ecologists, but a study published in this week's issue of PLoS ONE shows why there should be. Collaborators from Duke University, the University of Notre Dame, and Kenya's Amboseli Trust for Elephants reported that both life history characteristics and social behavior influence crop-raiding behavior in African elephants--a finding that allowed the researchers to make improved recommendations for minimizing human-elephant conflict. 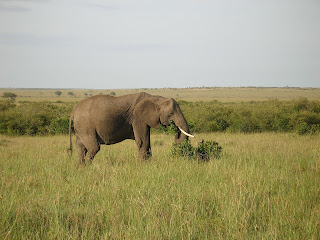 The results were produced by a study conducted in Amboseli National Park, which provides habitat for approximately 1,400 elephants--all of which are individually known and can be identified using physical traits. The park is in close proximity to several farming areas where maize, onions, tomatoes, and beans tempt passing elephants. Only males are known to raid crops, however, and these were the animals on which the researchers focused. Specifically, the scientists collected data allowing them to examine how well an individual's age, his companions, and his companions' ages, predicted the likelihood that he would raid crops. They suspected that a focal individual's would be important because it is associated with life history "milestones"--such as reaching the age of first reproduction (at 20-30 years) and reproductive peak (from 45 years onwards)--that require an individual to consume a large amount of food in order to meet energetic demands. However, an elephant's companions might also be important because these highly social animals can learn foraging tactics from each other, either directly (through teaching) or indirectly (through observation). If older males are more likely to raid crops, either because they need to meet energetic demands or because older individuals simply engage in more risky behaviors, then elephants associating with older companions might be more likely to pick up crop-raiding behaviors. 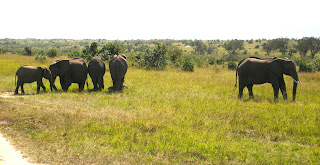 To investigate these possibilities, the scientists collected "association data" over a two-year period. Every time they sighted all-male groups, they noted which individuals were present and who/how old their companions were. Ages of all individuals were known with high accuracy because this population has been studied consistently for over 30 years. Ultimately, the researchers focused on a subset of 58 individuals that they had seen a minimum of 15 times, and whose frequent associates had also been seen at least 15 times. An "association index" was calculated for each male's companions in order to determine with whom the males were close "friends" and with whom they were merely "acquaintances" or even "strangers;" the influence of only the top 5 associates for each male were examined here. Of the 58 focal individuals, 21 were known to be raiders (from direct observations and also from genetic analyses conducted on fecal samples left at crop sites), and 37 were non-raiders. Statistical models were constructed to examine how well age and association data could predict each male's crop-raiding status.

As the scientists predicted, older males were more likely to be crop-raiders. Specifically, there was a "dramatic increase in the odds of being a raider" for males just beginning their reproductive period, and a "near doubling of these odds" for males reaching their reproductive prime. However, males' social interactions were also important predictors of crop-raiding behavior: Males were significantly more likely to visit agricultural fields when their closest associates were raiders. This was particularly true when either or both of their companions were raiders; behaviors of the third, fourth, and fifth associates, however, did not appear to be very important. The ages of these companions were also influential. In particular, males with older raiding associates were more likely to be raiders themselves, indicating that younger individuals were learning this behavior from their elders. Analysis of the elephants' social structure revealed that communities are close-knit but widely distributed. Thus, while elephants within a particular group are likely to learn from each other, sharing of information is unlikely to occur between groups. 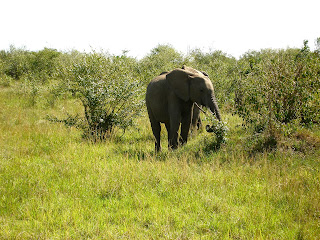 Age and social structure are known to be important influences on learning and behavior in other animals, but they have rarely been studied simultaneously, and never in an elephant system. The current results indicate that elephants aren't born with an innate interest in eating farm food, but, rather, learn from more experienced individuals that this is a potential source of nutrition. Crop-raiding is a high-risk behavior, since animals that are caught may be injured or even killed by farmers; previous researchers have estimated that 65% of adult elephant deaths result from conflicts with humans. Presumably, then, those individuals that raid farms and live to tell the tale are particularly talented at this behavior and therefore pass on useful information to youngsters. Results from other studies suggest that feeding later at night, feeding during moonlit nights, and feeding in large groups are all techniques of minimizing the danger of farm visits.


According to the researchers, the current findings suggest that farmers who retaliate against crop theft by killing individual elephants may not actually be doing themselves any favors--particularly if they kill older males. Because this behavior is transmitted socially, and poached individuals have likely already passed on their bad habits to companions, farmers are probably only buying themselves a bit of time before other individuals show up for the next round of raiding. Additionally, older males are repositories of general "ecological knowledge," which means that they are familiar with the locations of natural sources of food; removing this knowledge from the population might drive younger males to visit agricultural fields simply because they don't know where else to look for resources. 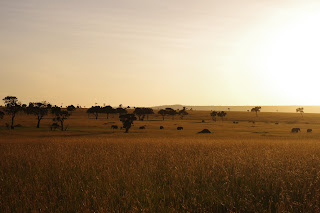 Based on these results, the scientists suggest a two-pronged management approach whereby both older and younger elephants are simultaneously exposed to "aversive conditioning techniques" such as pepper spray canisters. Theoretically, this would keep older individuals out of fields--thus minimizing the exposure of youngsters to their bad habits--while also ensuring that current juveniles will avoid farms once they reach reproductive age and are looking for a quick and easy source of high-energy food. Future studies on the interplay of life history characteristics and social networking are likely to suggest additional management possibilities for this and other social-learning species that make pests of themselves in anthropogenic environments.